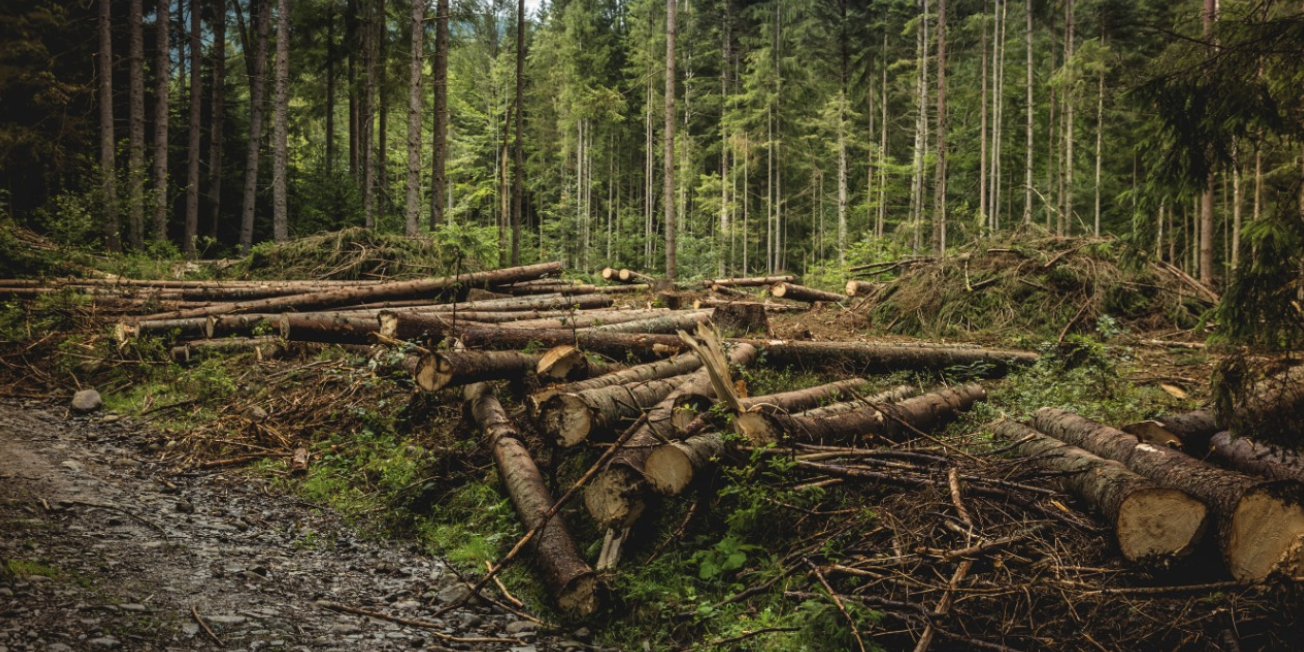 Companies importing timber from Russia for the UK market have felled millions of protected trees according to a new report. Illegally-felled Russian timber now banned by IKEA.

Home store IKEA has now banned all useage of illegally-felled Russian timber which amounts to millions of tonnes each year.
After an 18-month long investigation, non-profit organisation Earthsight – which exposes environmental crime – has revealed that illegally-felled wood from the forests of the Ukrainian Carpathians has infiltrated the UK supply chain.
Earthsight’s recent report (covered by The Times on the 15th July) states that the illegal wood was Forest Stewardship Council (FSC)-certified and that FSC’s Russian auditors had ‘cosied-up’ to corrupt bosses.
This makes a mockery of  FSC’s affiliation.
FSC is by far the best label of its kind – but it is open to exploitation by timber importers in countries where there is a lack of accountability.
The FSC is the world’s leading green-labelling system for timber. Its tree-tick symbol is found on millions of wood and paper products around the world. It is supposed to prevent illegally and unsustainably harvested wood from entering supply chains.
As global leaders, it must do better. FSC must urgently address its systemic flaws and amend its philosophy to make it fit for the 21st century. It must act urgently to put in place better systems and clean up its supply chains from Ukraine and elsewhere.
Last year, in June 2020, Earthsight reported that IKEA was selling chairs made from illegal timber but systematic FSC flaws remain in place – (flatpack report link)
The illegal harvesting is being enabled by the corrupt state-owned forestry enterprises which run most of Russian, Ukrainian and Belarusian Forests.
However, this is nothing new: illegal logging has been going on for years.
Out of a total of 800 million hectares of forested area in Russia, only 59 million hectares (7.4%) are FSC-certified – certification which is monitored by Russian auditors.
Drax power station, the world’s biggest consumer of imported wood pellets does not buy from Russia because of concerns over illegal Russian felled timber in UK supply chain.
As a UK company, Land Energy is scrutinised and audited five times a year. As sustainable leaders in our industry we are 100% certain of our feed stock sources.
Companies and individuals need to take a long hard look at their own supply chains as it is no longer acceptable to plead ignorance and pretend that illegal logging is not infiltrating their own businesses.
The notoriously corrupt President Viktor Yanukovych was paid millions of dollars in bribes by overseas companies to access timber, funding offshore accounts of his corrupt cronies.
Even the Government-run Biomass Suppliers List (BSL) has been signing off Russian timber in the UK for years.
In its report, Earthsight comments:
‘The illegal wood was FSC-certified, as were many of the logs on which bribes were paid during the Yanukovych era. Ukrainian forester whistle-blowers told Earthsight how cosy FSC’s auditors were with their corrupt bosses, and how easy it was to pull the wool over their eyes.’
‘Rampant illegal logging. Clearance of vast tracts of precious rainforest. Beatings and murder of local communities. From Brazil to the Congo, from Peru to Russia, you name it and FSC-certified firms have stood accused of complicity in it. Long-standing structural flaws in FSC systems, including huge conflicts of interest, mean such problems will inevitably continue. While all serious environmentalists advocate a strategy of ‘reduce, re-use, recycle’, FSC recommends consumers buy more virgin wood and paper.’
By failing to reform, FSC is now actively undermining efforts to protect forests and consumers are being let down.
Read the full House of Horrors report here…
In a statement, FSC replied:
‘FSC remains concerned about illegal logging in parts of Russia, and has issued a moratorium on all sales of wood and wood products originating from logging in one oblast of Russia. Growing concerns over illegal logging in the Russian federation prompted FSC Russia to launch a study to assess the risk of illegal wood entering FSC supply chains. This led to a moratorium on sales of wood and wood products with FSC-certified or FSC controlled wood claims originating from logging from Irkutsk Oblast region of Russia.’
‘FSC confirms that the audits of Ukrainian companies took place regularly resulting in the identification of several non-conformities.’
Land Energy has released the following statement:
‘This confirms long-held suspicions that much Russian timber is neither legal nor sustainable and that FSC credentials are fraudulently obtained.
This means that wood pellets originating in Russia and other Eastern European nations has been supplied into the UK with false Biomass Supplier List sign off and may be aiding criminal activity including money laundering.
Woodlets will be calling upon BEIS to launch a full investigation and to review the role of the BSL scheme which has completely failed in its role of proving biomass sustainability for UK buyers.’
Recent Posts
Go to Top